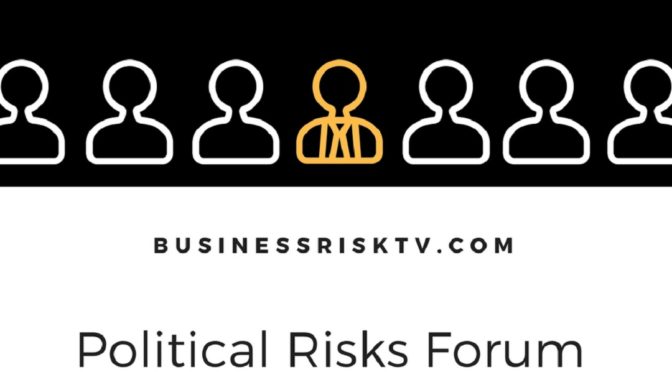 Complete and submit the form below and enter code #PoliticalRisks.

How does politics after your business and how can you manage political risks better. What are the politicians saying today and what do you think about what the politicians are saying? How will political developments impact on your life and living?

Political actions environment and risk events affecting the business objectives of business’s like yours. What are the current political movements that could hinder or support your own business outcomes? Who are the politicians gaining the most traction locally and globally?

Where will the biggest political threats come from this year?When should you change your business strategy to protect your business or take advantage of new business opportunities? Why do the experts think the world is doomed or why are they optimistic about your business prospects? How will you react to the political news?

Get the latest on politics news opinions and politicians for free

Politics Live Breaking New stories and features updated and published here. Come back for more news opinions debates and political review from politicians mouth. You can receive Politicians Breaking News Reports and Features on your smartphone tablet pc or TV.

The constructive dismissal of the UK Chancellor is actually critical to the success of the UK. Too often in the past UK government policy has been dictated to not by the Prime Minister in No 10 but the Chancellor in No 11.

It is widely accepted that the Chancellor and Treasury Department in any UK government acts as a break on the government of the days policies. This is insane.

Whether the government of the day is good or bad should be dictated by the the voters opinion on UK government policies enacted and embedded in society. Any government in the UK should not be constricted by the UK Treasury department.

The UK Treasury department is made up of unelected civil servants and government special advisers. The Chancellor is at the head of this largely unelected body. We have seen over the last 5 years that the UK Treasury has sought to use its considerable influence to dictate UK government policy on Brexit. Most of the UK Treasury department forecasts on job losses and impeding UK recession due to Brexit have been wrong. In the case of job losses massively wrong. The UK Treasury predicted losses in the hundreds of thousands when in fact the UK has created hundreds of thousands of new jobs.

The UK Treasury department has either been massively incompetent or acting in a political way for decades. They are not stupid people but they are very political.

Whether Boris Johnsons government has the right policies for the UK is entirely a matter of opinion and voters opinion in particular. If he fails to meet the requirements of voters he will reap the wrath of voters in 5 years time. It is not up to the UK Treasury department to put the break on or open up the spending taps. That is for the politicians to decide as the voters representatives.

Anything that takes back control responsibility and most importantly accountability from the civil servants in the UK Treasury is a good thing for democracy.

6th January 2020 UK Politicians Must Now Deliver On Their Promises

The UK looks set to pump billions of taxpayers money into the UK economy in addition to forcing UK employers to pump more money into 3 million people in UK on low pay with 6% jump in National Living Wage.

The UK does have a little wiggle room to support the UK economy but the UK government needs to back its promises in the December 2019 General Election. It needs to invest in the UKs future business success and it needs to do most of it in the next 2 years if it has any hope of being re-elected in 2024. Time to put your money where your mouth was!

If the new UK government backs itself with massive economic investment the private sector will respond in kind and the UK can look forward to a much better watch barring worrying international geo-politics.

If Boris Johnson can reject the austerity ideology of David Cameron and effectively deliver the vision of Theresa May he will go a long way to being unbeatable in the 2024 General Election and even set himself up for winning majority 3 elections in a row.

Prime Minister Johnson will need to deliver both consistent high employment with a palatable social care policy including how does the UK pay for cost of people living in retirement for decades at the same time as birth rate falls. People in the UK are crying out for a fairer society. If Boris delivers this he will go down as the best Prime Minister the UK has ever had. If he does not he will go down as biggest liar ever at No 10 and there have been too many lying UK politicians to date!

18th February 2019 What does the split in the Labour Party mean for all political parties in UK and for the business and economy in the UK?

Politics will bring the European Union EU down not lack of money. The EU is more vulnerable to the changing political map according to ECB policymaker Ewald Nowotny. He was reported as saying today

What do you think? Have your say on the political crisis in the EU click here

The UK economy is probably stronger right now than many official figures reveal, despite the Brexit vote in June 2016. However the UK is not the only country to be under the cloak of geopolitical risks that threaten business survival and growth.

Italy and Germany are two developed countries in Europe that are waiting to see what their political future looks like. On the 4th March the result of Italys election will be known. It is likely that a weak minority government or a weak coalition government will be formed following the result. This will do little to positively shape Italy’s future and Italy may look to the result of Brexit for inspiration to separate form the EU or recoil from the example.

Germany is doing just fine with out ruling government for around half a year.   Just shows you that we can survive fine without politicians! On the 4th March 2018 we’ll find out if Germany has finally sorted out its governmental issues or will Germany spend the next couple of months fighting another election we could see Germany lurching even further right politically.

Both Germany and Italy could precipitate the beginning of the end of the European Union EU for different reasons becoming disillusioned with the EU.   Brexit could look like a molehill compared to the mountain the EU may yet have to climb.

USA economy has been turbocharged by take cuts low unemployment and a return of capital to the homeland. The wheels could fall-off if Trump is indicted.   Alternatively he could develop into one of the best president’s America has had totally rejuvenating America! The latter should be the preferred option for the rest of the world as when America catches a cold.

Meanwhile Asia Pacific EU and the Americas are all exposed to the America First policy. USA is also threatening to start a trade war with China.

Africa and South Africa in particular may be looking at a new dawn post colonial period. Not only could Africa boost its own wealth but the rest of the world could join in the party

Do you have an interesting political story?

Do you have an opinion on local or global politics? Want to discuss or engage in political debate? Have a Press Release you want to spread further? Join our online political risks community for free. Send your pictures or video to editor@businessrisktv.com

Please include a contact number if you are willing to speak to a BusinessRiskTV journalist. You can also contact us by emailing editor@businessrisktv.com.

Or complete the form at the bottom of page

How To Manage Political Risk To Your Business

Learn how to understand and control political risk to your business

Many people are not interested in politics. However to be unconcerned about the geo-political risks facing both business and society as a whole is to play Russian Roulette with your future. Business political risk management should be at the forefront of most businesses even SMEs.

Most business problems can be fairly easily resolved over time if there is a stable platform upon which to grow. Illogical counter productive geopolitical decisions from unpredictable leaders at least complicates the world of business.

Geopolitical risks require a holistic approach due to their interconnected features and potential risk scenarios. Events that seemingly have little importance can quickly or over a long period of time create a severe negative impact on a business. They can also create new opportunities for more rapid business growth.

How are your business objectives affected by political risks?

Examine past present and future trends in global political risks with Political risk experts from around the world. Do not ignore nor underestimate the effect of political risk on your organisation directly and indirectly.

What are politicians saying today

discover how political risks threaten your business and create opportunities