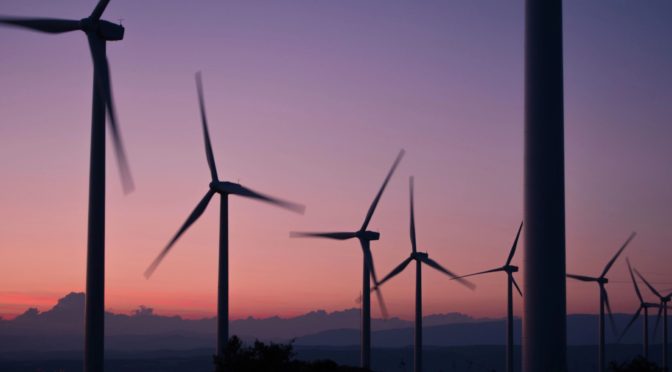 New wind power projects will be completed by 2025 without need for UK government subsidy it is so economical.

New wind power projects in UK will power more than seven million homes at a lower than expected cost and without need of government subsidy. Wind power renewable energy will only cost 40 pounds per megawatt compared to 92.50 pounds per megawatt produced by new Hinkley Point C nuclear power generation in 2025.

The cost of offshore wind power generation in UK has fallen 30 percent in the last two years.

Wind energy in the UK set another record last week. 15.32 GW of renewable energy was generated by wind technologies on the 8th February 2019. This was around a third of all electricity needed in the UK on that day.

Drax power station has become the worlds first biomass plant to capture carbon. It has started capturing arbon dioxide at its wood burning power plant. It will be used to explore how to use carbon dioxide to make it more economically feasible.

The UKs ability to use nuclear energy as part of its energy production plans is in doubt. Hitachi had previously committed to building a new nuclear reactor in Wales. Japanese media reports say Hitachi will suspend work this week.

If the project is stopped it will leave the Hinkley Point power station in Somerset as the only new UK reactor still being built.

UK Prime Minister Theresa May suggested the energy saving per UK household should be bigger prior to OfGems decision so maybe the energy companies have protected their profits from even bigger hit.

UK governments energy price cap is less than the one promised by UK Prime Minister.

The new cap is being imposed on default energy tariffs. People who are too loyal or too lazy to shift energy supplier will be better protected but not as protected as was envisaged.

An independent advisory group has told the UK government that Britain should only build the Hinkley Point C power station. More power plants would not provide a balanced cost effective energy generation plan for the UK.

The National Infrastructure Commission NIC advised the British government that renewable energy sources could be the safest bet for the UK in the long term and be the lowest cost outcome for consumers.

The National Infrastructure Commission was established in 2015 an is an independent body responsible for advising the UK government of the day on how best to meet the UKs long term infrastructure needs.

The UK government must respond to NICs recommendations within 12 months.

MeyGen tidal energy station off the coast of Scotland has broken the record for the amount of electricity generated. In August it produced enough energy to power 2,000 homes.

Tidal power stations work like underwater wind turbines powered by the power of the currents in the ocean.

EDF will increase standard duel fuel bills from 1st March 2017 by 1.2%. Its cutting its standard gas tariff by 5.2% from 1st January 2017 but increasing electricity prices by 8.4% from 1st March 2017. March April is the time when the biggest energy providers tend to make changes to tariffs after the winter demand spike falls away.

This site uses Akismet to reduce spam. Learn how your comment data is processed.