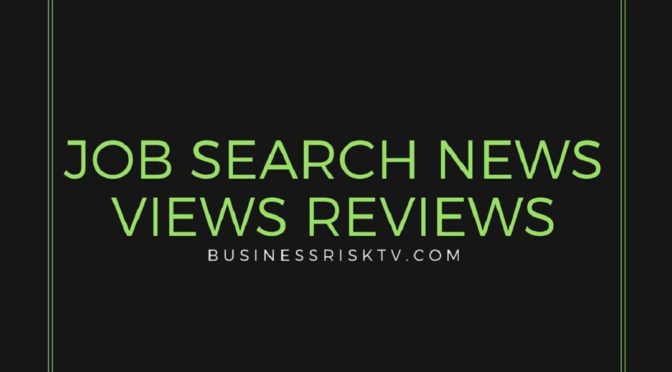 Help for job hunters and recruiters. Get what you want from the recruitment process. We provide job hunting and recruitment information to enable each party make better decisions about their future.

Connecting those searching for a new job with recruiters online.

Advertise your job vacancy to fill a skills gap in your business.

We improve opportunities for employment and help to fill skills gaps quicker and more profitability.

Although there is a record high number of people working in the UK there are 810000 job vacancies in the UK and rising. UK earnings continue to rise faster than the cost of living in UK. Excluding bonuses earnings grew at annual rate of 3.2 percent. UK inflation is 1.3 percent. However it is likely that the lack of supply in jobs market will push up wage increases faster as demand for recruits rise. It will become harder for firms to recruit the employees they need.

The number of people in employment in UK rose by biggest number since January 2019. There are now more people working in the UK than there ever has been. The Office for National Statistics ONS says the UK employment rate is 76.3 percent. The unemployment rate remains at 45 year low of 3.8 percent.

Despite record levels of employment the number of job vacancies rose in the three months to December to 805000.

UK unemployment dropped to its lowest level of since January 1975. UK unemployment rate was 3.8 percent in three months to October according to the Office for National Statistics ONS. There are still 794000 job vacancies in the UK.

Most UK political partys in the UK have promised massive investment in the UK economy in 2020 and next 5 years.

Research by TotalJobs and Universum has discovered that 54 percent of UK employees are planning to change jobs in 2020. If UK employers want to continue their business operations without interruption they had better have a suitable employee engagement plan in place now.

Replacing employees in UK who have left to join another employer could be difficult. There is near full employment in UK. Unemployment in UK is lowest since 1974. If UK employers do not retain their existing staff they could find it significantly more expensive to find suitable replacement.

Employee retention is more than paying them at least the going rate. It includes ensuring job satisfaction. UK employees are more likely to stay if they have career progression opportunities professional training and development and they are fully engaged in the business within their current current roles and responsibilities.

UK average wage rises are still high in comparison levels seen over the last decade and more. Wages are rising at 3.8 percent in the 3 months to August compared to 3.9 percent. Living standards in UK still rising as UK inflation significantly lower.

Near record high employment levels in UK does not mean employers have stopped hiring. UK employers need more staff and are continuing to try hire staff.

Demand for permanent staff in UK is rising according to latest survey from Recruitment and Employment Confederation REC.

UK employers are confident in the UK economy even if many UK politicians are not. Significantly more UK firms report they are hiring permanent staff than those who are not. SMEs in particular are in hiring mode.

Whilst most economists are worried about Brexit and global economic slowdown UK business leaders are worried about finding suitably skilled staff to fill job vacancies to grow faster. There seems to be a gap between people who are in business and economic experts who talk about the UK economy!

Although economic uncertainty is not holding recruiters back it is keeping UK interest rates artificially low. With such employment levels and low inflation UK interest rates would otherwise have risen already.

Find your ideal next job from a selection of live vacancies. Upload your CV. Let recruiters find you with the help of BusinessRiskTV.

Job hunters in the UK are now back in the driving seat. A growing UK skills shortage means you should now be reviewing your worth to your present employer and potential future employers in UK. If wages rise faster in the UK more people will have more money to spend and businesses and good employers will grow faster more sustainably. The UK economy will grow faster. Its your duty to the country to look at other employers job offers and get a pay rise!

Highest on record UK employment levels and low unemployment figures means that there is more demand than supply in the jobs marketplace. This means you are worth more now than you have been for years! Click on a pay rise today.

Pick the best job for you via BusinessRiskTV. Whether that’s more money less commuting promotion or whatever it is you want from a job its out there now. You just need to be open to new job opportunities in the UK to get more of what you want.

To set off in a new career direction in the next couple of months you need to start new job hunting right now.

What’s the climate within which your job search takes place? What is the job search environment just now? What recruitment tools can you use to save money recruiting in the UK? Job hunters and recruiters need to look round BusinessRiskTV today as there is something valuable for both parties.

From April 2019 the national living and minimum wage will increase.

According to the Office for National Statistics ONS UK employment rate is the highest since 1971 during the period October to December 2018.

Job vacancies in the UK are at the highest level since records began. This means wage increases in the UK will continue to outstrip inflation in UK as employers face a skills gap crisis and have to pay more to attract and retain employees.

According to the UK Office for National Statistics ONS a record high of 32.54 million people are working in UK.

Average weekly earnings excluding bonuses rose by 3.2 percent on the year in the third quarter of 2018 which is biggest rise since the fourth quarter of 2008

The Bank of England BoE is forecasting wage growth at 3.25 percent by late 2019.

In the age group 16 to 24 in the second quarter of 2018 the number of people who were unemployed was the lowest since record began in 1992.

The total number of unemployed in the UK fell to lowest level since 1976.

UK job vacancies increased to a record high of 829000.

Send CVs to recruitment agencies & employers in the UK. Search and apply for full or part time jobs in Great Britain and abroad.

Find the job that’s right for you. Use BusinessRiskTVs resources to create an effective CV search for jobs prepare for interviews and launch your career progression. Find and apply online for the latest jobs with BusinessRiskTV.

We’ll get you noticed more. Find your perfect job. Find local jobs near you and let the offers roll in to your email inbox.

Advertise your job vacancy for FREE!

Looking for your next hire? Let BusinessRiskTV Jobs find great candidates for you.   Submit your job vacancy job description.