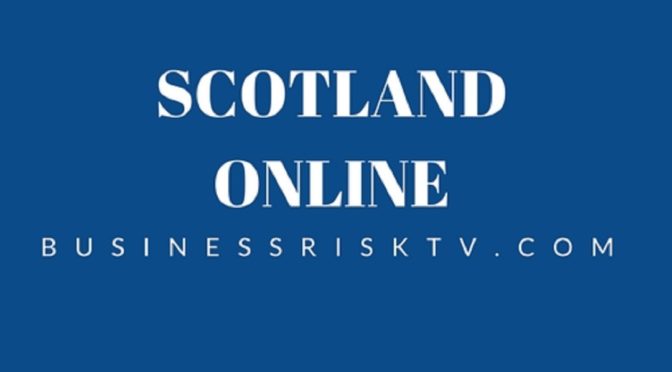 Discover the best of BusinessRiskTV Scotland Online. Buy and sell in Scotland online. Understand business risks in Scotland better. Get the latest business and economy news opinions and reviews for Scotland. Save money and time buying and selling.

In January 2020 the Scottish Parliament approved the setting up of this new bank. Funding will be provided in multiple forms to businesses including through loans and equity purchases.

6 people died in Scotland last week according to National Records of Scotland.

The report was heavily critical about several UK governments lack of response to Russian threat but was unclear about how much Russia’s attempts did actually influence the result. The report was clear why Russia had consistently tried to influence politics in the UK and USA. Russia it is alleged want to create chaos in the west.

It is therefore totally logical to then ask what outcomes in 2014 and 2016 would create most chaos in west. It is not a political viewpoint or biased to be able to say with certainty that the outcomes bringing most chaos would be for Scotland to leave UK and for UK to leave the European Union. This is backed up by the reaction of the financial markets which recovered post 2014 when Scotland voted to stay in UK and the value of the pound falling when the UK voted to leave the EU.

There are also reports in UK media that even now Russia is working to goad the Scots into pushing for another referendum on leaving on independence. People who delight in the UKs governments uncomfortable position following this serious report that if the Russians were in any way successful in 2014 then without their involvement the gap between Yes and No would have been even wider. Scotland without Russia’s involvement would have been even further away from securing independence!

The new temporary coronavirus hospital named NHS Louisa Jordan has been completed at the Scottish Events Campus SEC in Glasgow. It will open for Covid19 patients tomorrow and have the capacity for 1036 patients.

The National Records of Scotland give a more accurate indication of the deaths from the coronavirus in UK. According to the Chief Medical Officer for England speaking at the UK government daily briefing yesterday most if not all national reports of deaths from coronavirus from around the world do not include deaths from virus occurring outside of hospitals. This means that worldwide the numbers of deaths are significantly higher. Perhaps more than 50 percent higher.

Many community leaders and Scottish politicians call on Scotland CMO to be sacked or to resign.

It has been accepted by CMO that she made a mistake but she will remain in post. She has not been fined but has been warned about her actions by police in Scotland.

The CMO appeared on Scottish adverts this morning instructing the people of Scotland to remain in their homes. Their first homes.

The number of cases of people officially confirmed as having coronavirus is irrelevant. Scotland like the rest of the UK does not have the capacity to test everyone. There is not even enough to test all NHS workers self isolating cause they think they may have virus.

The UK including Scotland is ramping up testing capability. However it has officially been acknowledged that the prevalence of the virus in the community is tens of thousands more than the official figure. Using official figures is pointless and misleading. Firstly it can be perceived that it is not as bad as it really is. Secondly it could also look worse than it is as the death rate to official detected cases rises but rises mainly due to the lack of testing.

Want to have your say?

Reach more people interested in your views on life and business in Scotland with BusinessRiskTV.

The new planned tariffs indicate a new dawn in the developing trade war between European Union EU and USA.

The Trump administration has announced plans to impose tariffs on EU cheeses olives and Scotch whisky though not Irish whisky.

Scotland continues to excel at producing renewable energy sustainably. The Scottish government has targeted producing half of the countrys energy consumption from renewables by 2030.

Wind farms in Scotland generated enough power to cover 100 percent of Scotlands demand for electricity in November 2018 according to WeatherEnergy.

Scotlands aging population will impact massively and increasingly in near future according to a Holyrood committee report.

Scotlands working age population will have to work harder to pay for retired people living in Scotland.

The committee report suggests the changing demographics in Scotland will reduce Scottish economic growth without changes in technology productivity and immigration.

Worse this demographic risk is set to get higher as the disparity increases from 2021 for decades thereafter.

The Scottish economy performed much better in the first quarter than expected but annualised growth was still just 1.3 percent. However like the rest of the UK Scotlands economy grows faster in the second half of the year on average.

June and July have seen strong job creation in Scotland in private sector to deliver new orders and increases sales revenue. The new jobs may also be an indication of faster business growth in future.

Sutherland has been picked as the best place in UK to build the first spaceport to launch rockets vertically to put satellites in orbit. It could become the first destination for UK space tourism.

The UK Space Agency is giving Highlands and Islands Enterprise HIE money towards the development of the first Spaceport in UK. HIE will work closely with a consortium that includes the American aerospace giant Lockheed Martin.

The first launch from Sutherland is expected in the 2020s

Manufacturing and Services sectors in Scotland performed very well in June and this was boosting recruitment in Scotland.

Despite Brexit the UK is still the place most overseas investors want to invest their money compared to rest of Europe.

A new state owned Scottish public investment bank aims to raise £2 billion according to the Scottish government. The new bank will focus resources on small and medium-sized businesses and projects needing long-term funding.

Are you a business owner or manager in Scotland?

Want to sell more in Scotland? Could you export more from Scotland? Promote and market your products or services in Scotland for consumers and businesses to buy online.

Discover new ways to develop new revenue streams for your business in Scotland or business wanting to sell more into Scotland.

Put your products or services in front of new people already interested in your business offering before your competitors do.

Link into your existing online sales process direct from BusinessRiskTV or use our eCommerce solutions to increase you rsales cash flow and profit.

Increase the sources of your review streams more sustainably. Grow your business in Scotland faster with BusinessRiskTV.

Executive Training Courses and Risk Review Reports. Find your ideal business management course in Scotland or conduct a business health check of your business in Scotland.

Use our enterprise risk management distance learning training or book an inhouse workshop.

This site uses Akismet to reduce spam. Learn how your comment data is processed.